“Technology is, of course, a double-edged sword.” – Jason Silva

Words mentioned above by Jason Silva are correct to the best of its significance. No doubt, technology patents has changed us, making us more powerful and useful; but lazy and dependent at the same time. The techniques that started as aides to our existence have become vital to our everyday lives. Several PDAs now feature built-in cell phone and come with computing power that puts our early PCs to shame. What was science fiction just a few years ago is about to become everyday life for us? You never know, you are being monitored by any creepy device patent. 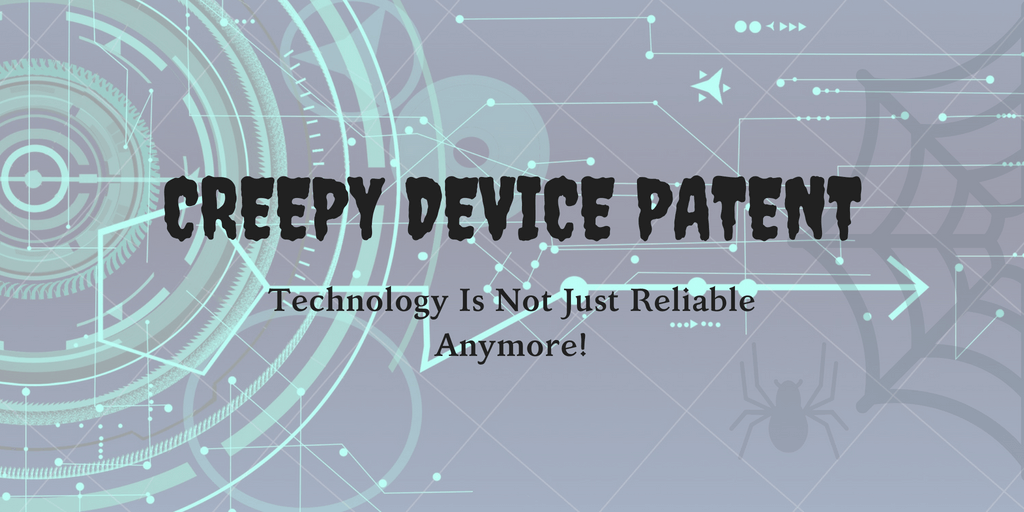 If you are arguing with your friend while watching TV and a counseling advertisement pops up suddenly. Alternatively, maybe you are talking with your friend about purchasing a new cell phone, and an ad of the same phone comes up. A few years back, it was a matter of coincidence, but in coming years things have changed.  Technology advancement has combined audio sensor and images to detect action you will be doing in front of your television. These sensors recognize profile and face, pick your physical attributes such as facial feature, skin color, hair length, and even observe voice to find your voice tone, accent, and the language you generally speak. Moreover, it does not stop here also, as it can even spot and recognize wall art and beer cans you have put in your drawing room.

As of now, it is clear that your TV or set-up box may watch and listen to you while you are doing anything in front of it.

According to a publication published a few years back, Verizon has filed a patent for such creepy devices which will watch you while watching television. Under this, a system is designed that will be placed in homes to target advertisements on people as per their various attributes. This technology will operate in the way Google targets Gmail users from their emails content. Now, you don’t need to be so conscious that you start eyeing on your television as it is just a patent which will be monitoring you into your home by scanning your conversation that falls within detection zone near your TV.

Moreover, according to ArsTechnica, Similar patents have already been filed but are not in practice yet. However, it does not mean that Verizon’s latest incarnation is not so creepy. However, this is an interpretation which shows that how technologies are changing so rapidly and impacting our private life.

This patent emphasizes Internet users watching advertisements in exchange for accessing copyrighted content. A company Ultramercial got a patent titled “Method and system for payment of intellectual property royalties by interposed sponsor on behalf of consumer over a telecommunications network,” and sued various other companies including YouTube, Hulu, and WildTangent. All the companies except WildTangent had to fight. Many legal actions took place in the court regarding the patent. Eventually, it was demonstrated that abstract ideas-such as a process in which ads are viewed before accessing copyrighted content is not patentable.

“We have used them multiple times, mainly for patentability searching. We are very pleased with their responsiveness, the quality of the search results and the detail of the report. We will keep using them for future work and have recommended them to others.”
Steven S
Gevers

“ I’ve hired them for a few recent “immediate need” projects and I’ve been impressed and very satisfied with their turnover and pricing schedule. Additionally, they’ve been extremely responsive to my editorial changes. I will use them again and recommend their services.”
Steve Donnell
3C Patents

“I have used them on multiple occasions, and will keep using them for our patent search related needs. Their team takes full responsibility of the work, has good technical understanding and delivers quality searches within promised turnaround. The convenience, and peace of mind that comes along makes me use them again. I highly recommend them.”
Marianne N.
Swea IP

“ I am very satisfied with their services and in particular with the results of the patent searches I have ordered to conduct. The results are very satisfying and very well illustrated. Therefore, I will be using them for patent searches. I will have to do in the future and I will recommend your service to my colleagues. ”
Wolfgang S
Lorenz Kollegen

“They are very responsive, cost effective and client oriented. Invalidity searching is such a needle in a haystack task. Delivered results are on par with the bigger more traditional search firms, but at a fraction of the cost. This last search, you found me some killer art at less than half the price of one of the bigger firms. You have won not only my business, but also my trust.”
Jeff Johnson
DLA Piper